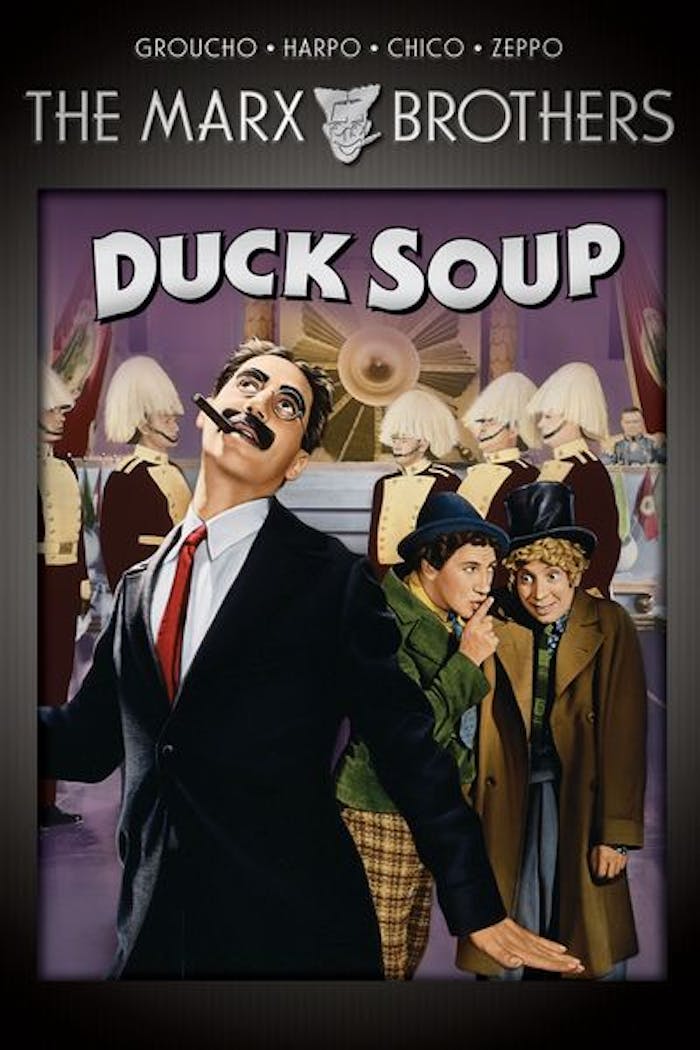 A pointed political satire, Duck Soup is the Marx Brothers' funniest and most insane film. Groucho is Rufus T. Firefly, the hilarious dictator of mythical Freedonia. Harpo and Chico are commissioned as spies by Groucho's political rival, the calculating Trentino (Louis Calhern). The film contains many of the Brothers' famous sequences: the lemonade stand, a masterpiece of slow burn; the Paul Revere parody; the "We're Going To War" number, a beautiful spoof of '30s musicals; the hilarious mirror scene; and a final battle episode that has been copied by everyone from Woody Allen to Mad Magazine.
© 1933 Universal Studios. All Rights Reserved. 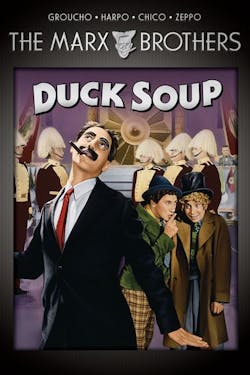