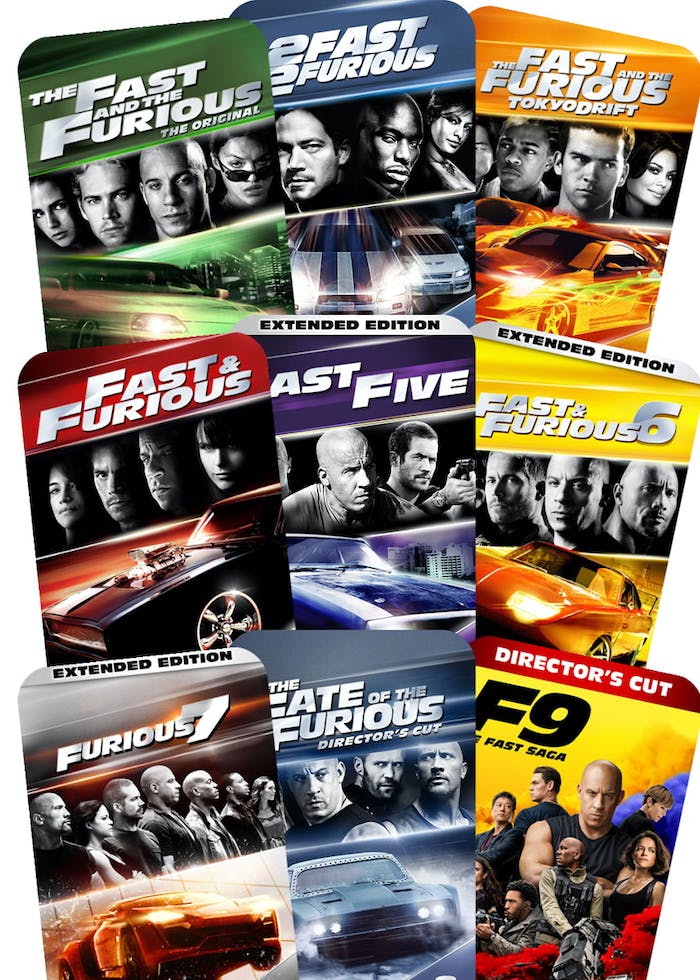 Follow the Fast & Furious family all over the world as they face high-speed stakes, international assassins and edge-of-your-seat thrills throughout this colossal collection of nine action-packed films.

The Fast and the Furious

On the turbo-charged streets of Los Angeles, every night is a championship race. With intense full-throttle action, awesome high-speed stunts, and full-on pedal to the metal intensity, this fast and furious assault puts you in the driver's seat and dares you to exceed all limits.
© 2001 Universal Studios. All Rights Reserved.

The adrenaline-fueled thrill ride that began with The Fast and the Furious takes an explosive new turn in 2 Fast 2 Furious! It's the nitro-fueled answer to the question: how fast do you like it? Now an ex-cop on the run, Brian O'Connor (Paul Walker) hooks into outlaw street-racing. When the Feds strong-arm him back, O'Connor's no rules, win-or-die skills are unleashed against an international drug lord. With his velocity-addicted buddy (Tyrese) riding shotgun, and a drop-dead-gorgeous undercover agent (Eva Mendes) dialing up the heat, 2 Fast 2 Furious accelerates the action into a desperate race for survival, justice... and mind-blowing, jaw-dropping speed!
© 2003 Universal Studios. All Rights Reserved.

The Fast and the Furious: Tokyo Drift

From the makers of The Fast and the Furious and 2 Fast 2 Furious comes the highest-octane installment of the hit movie franchise built for speed! When convicted street racer Sean Boswell (Lucas Black) tries to start a new life on the other side of the world, his obsession with racing sets him on a collision course with the Japanese underworld. To survive, he will have to master drifting—a new style of racing where tricked-out cars slide through hairpin turns, defying gravity and death for the ultimate road rush. With more mind-blowing stunts and heart-pounding racing sequences than ever, The Fast and the Furious: Tokyo Drift puts you in the driver's seat. "Strap yourself in for a blistering, super-charged ride."-- Pete Hammond, MAXIM
© 2006 Universal Studios. All Rights Reserved.

Vin Diesel and Paul Walker reteam with Michelle Rodriguez and Jordana Brewster for the ultimate chapter of the franchise built on speed! When fugitive Dominic Toretto (Vin Diesel) returns to Los Angeles to avenge a loved one's death, it reignites his feud with agent Brian O'Conner (Paul Walker). But, as they race through crowded city streets and across international lines, they must test their loyalties by joining together to bring down a shared enemy. From big rig heists to precision tunnel crawls, Fast & Furious takes you back into the high-octane world, which lives for speed, drives for the rush and breaks all the rules!
© 2009 Universal Studios. All Rights Reserved.

Get ready for "five times the action, excitement and fun" (Shawn Edwards, FOX-TV) as Vin Diesel and Paul Walker lead a reunion of all-stars from every chapter of the franchise built on speed. Fugitive Dom Toretto (Diesel) partners with former cop Brian O'Conner (Walker) on the opposite side of the law in exotic Rio de Janeiro, Brazil. There, they are hunted by a high-powered U.S. strike force led by its toughest Fed (Dwayne Johnson) and an army of corrupt cops working for a ruthless drug kingpin. To gain their freedom and win this ultimate high-stakes race they must pull off one last job - an insane heist worth $100 million.
© 2011 Universal Studios. All Rights Reserved.

Vin Diesel, Paul Walker and Dwayne Johnson lead the returning cast of all-stars as the blockbuster franchise built on speed races to its next continent for the most high stakes adventure yet! Hobbs (Johnson) has been tracking an organization of lethally skilled mercenary drivers across 12 countries. The only way to stop the criminal outfit is to outmatch them at street level, so Hobbs asks Dom to assemble his elite team in London. Hold on tight! Fast & Furious 6 takes the narrative, stunts and action to even greater heights!
© 2013 Universal Studios. All Rights Reserved.

Vin Diesel, Paul Walker and Dwayne Johnson lead the returning cast across the globe in their most gravity-defying and emotional adventure yet. Targeted by a cold-blooded black-ops assassin with a score to settle (Jason Statham), their only hope is to get behind the wheel again and secure an ingenious prototype tracking device. Facing their greatest threat yet in places as far away as Abu Dhabi and as familiar as the Los Angeles streets they call home, the crew must come together once again as a team, and as a family, to protect their own.
© 2015 Universal Studios. All Rights Reserved.

The Fate Of The Furious (Extended Director's Cut)

Dom Toretto thought he'd left his outlaw life in the rear-view mirror, but not even he can outrun the past. When his forsaken brother Jakob unexpectedly resurfaces as an elite assassin, the crew comes back together to help Dom settle an old score and stop a familiar foe's diabolical plot from destroying their family. Franchise veteran Justin Lin returns to the director's seat for F9 and delivers this supercharged version of the hit film. From extended action to spectacular scenes that weren't shown in theaters, F9: The Fast Saga (Director's Cut) explodes with additional content that can only be experienced on home entertainment!
© 2020 Universal Studios. All Rights Reserved. 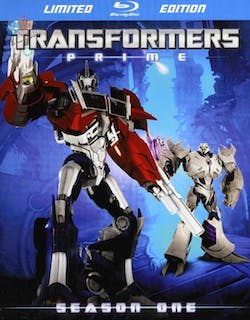 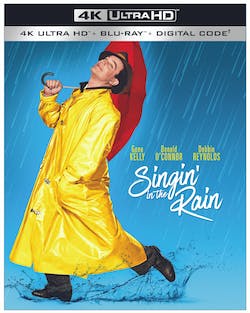 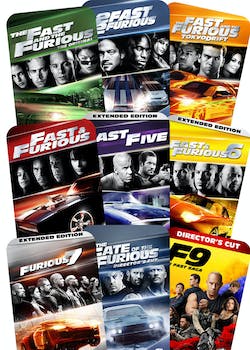