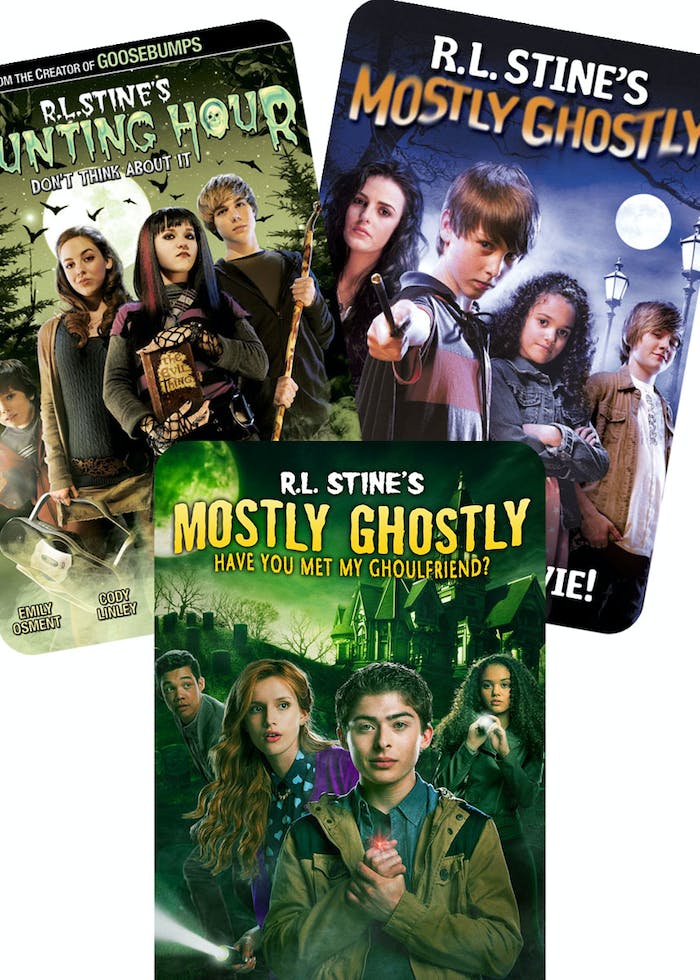 R.L. Stine's The Haunting Hour: Don't Think About It

For 13-year-old goth girl Cassie, fitting into a new school and neighborhood isn't easy, but she entertains herself by playing pranks on the "popular" kids and her little brother, Max. As Halloween approaches, Cassie's search for scares leads her to a mysterious Halloween store and an unusual book called The Evil Thing. When Max begs her to read the book to him, Cassie finally gives in, ignoring the warning "Do Not Read Aloud." But it's when they get to the last page of the book and its clear warning about the Evil Thing - "Don't Think About It" - that the spooky adventure really begins. Starring Emily Osment and Cody Linley of Hannah Montana, Brittany Elizabeth Curran of The Suite Life of Zack & Cody, and the quintessential movie villain, SAW's Tobin Bell, R.L. Stine's The Haunting Hour: Don't Think About It is sure to put a shiver in your spine!
© 2007 Universal Studios. All Rights Reserved.

Max is hardly a typical 11-year-old: he loves magic, detests sports, and can’t seem to say a single word to his crush, Traci, the most popular girl in school. But when he’s the only one who can see the ghosts haunting his house, two young spirits make him the deal of a lifetime: he’ll help them solve the mystery of their parents' disappearance and battle a wicked ghoul, if they’ll help him go from being invisible to the most talked-about kid at school! Featuring an all-star cast including Madison Pettis (The Game Plan), Ali Lohan (TV's Living Lohan), Luke Benward (How to Eat Fried Worms), Noah Cyrus (TV’s Hannah Montana) and Sterling Beaumon (Four Christmases), it’s one spooky mishap after another in this haunted adventure! Filled with thrills, chills and hilarious spills, R. L. Stine’s Mostly Ghostly will have the whole family on the edge of their seats!
© 2008 Universal Studios. All Rights Reserved.

R.L. Stine's Mostly Ghostly: Have You Met My Ghoulfriend?

Bella Thorne (Shake It Up!, Gook Luck Charlie), Madison Pettis (Lab Rats, Beverly Hills Chihuahua 3) and Ryan Ochoa (Pair of Kings, The Perfect Game) lead an ensemble cast in this spook-tacular adventure with new ghosts, new thrills, and the return of some old friends. Max (Ryan Ochoa) only has eyes for Cammy (Bella Thorne), the smart, popular redhead at school. When Max finally scores a date with Cammy on Halloween, Phears, an evil ghost with plans on taking over the world, unleashes his ghouls and things go haywire. With the help of his ghostly pals, Tara and Nicky, can Max thwart Phears’ evil plot, help reunite his ghost friends with their long-lost parents and still make his date with Cammy on Halloween? R.L. Stine's Mostly Ghostly: Have You Met My Ghoulfriend? is a frightful family delight!
© 2014 Universal Studios. All Rights Reserved. 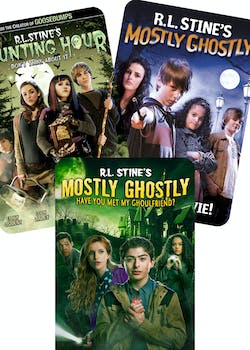