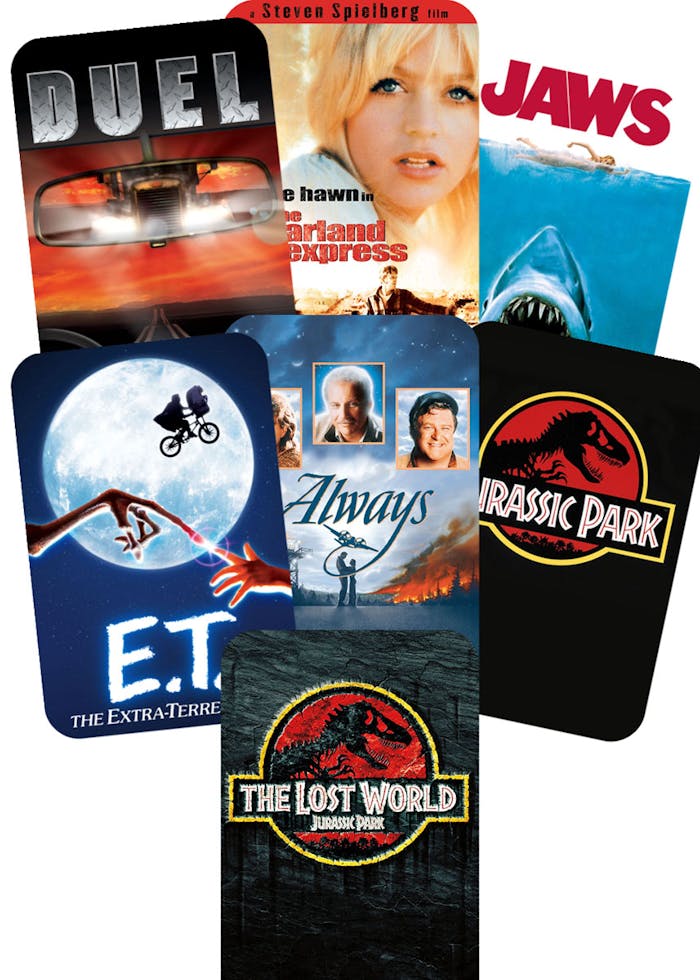 A selection of 7 unforgettable films directed by Steven Spielberg, one of the most acclaimed directors in motion picture history: Jurassic Park, The Lost World: Jurassic Park, E.T. The Extra-Terrestrial, Jaws, Always, The Sugarland Express and Duel.

Steven Spielberg directs Duel, a high-velocity thriller about a motorist terrorized by an evil truck. As Spielberg's first full-length movie, Duel helped jumpstart the director's big-screen career, with a gripping, action-packed story hailed by critics as a film that "belongs on the classics shelf reserved for top suspensers" (Dailey Variety). Dennis Weaver stars as the traveling salesman waging a desperate battle for survival after he is mysteriously singled out. Praised for its deft use of relentlessly mounting psychological tension, Duel features one of the most uniquely terrifying "characters" in movie history: a massive, roaring, 40-ton truck with sheer menace.
© 1972 Universal Studios. All Rights Reserved.

The Sugarland Express, a gripping drama co-written and directed by a 26-year-old Steven Spielberg, makes its mark as the director’s first theatrical film debut. Based on a true story, a desperate mother (Goldie Hawn) attempts to reunite her family by any means necessary including helping her husband escape prison, kidnapping a Texas state trooper and leading the police on a wild chase across the state in an effort to save her son from adoption. Winning the hearts of many fans that followed her story on the news, this film conveys the true story of a girl who took on all of Texas... and almost won.
© 1973 Universal Studios. All Rights Reserved.

Directed by Academy Award-winner Steven Spielberg, Jaws set the standard for edge-of-your seat suspense, quickly becoming a cultural phenomenon and forever changing the way audiences experience movies. When the seaside community of Amity finds itself under attack by a dangerous great white shark, the town's chief of police (Roy Scheider), a young marine biologist (Richard Dreyfuss) and a grizzled shark hunter (Robert Shaw) embark on a desperate quest to destroy the beast before it strikes again. Featuring an unforgettable score that evokes pure terror, Jaws remains one of the most influential and gripping adventures in motion picture history.
© 1975 Universal City Studios, Inc. All Rights Reserved.

Journey back to the magic and adventure of "one of the great American films" (Leonard Maltin) with E.T. The Extra-Terrestrial, the beloved masterpiece from Academy Award-winning director Steven Spielberg. Henry Thomas, Drew Barrymore and Robert MacNaughton star in the unforgettable story of a lost alien and the 10-year-old boy who helps him find his way home. Digitally remastered for optimal picture and sound, this astounding story is sure to thrill viewers of all ages again with its timeless message of trust, courage, and the overwhelming power of friendship.
© 1982 Universal City Studios, Inc. All Rights Reserved.

A story about life, love and loss, Steven Spielberg directs Always, a heart-warming romantic adventure that USA Today calls “a winner”. After sacrificing himself to save a friend (John Goodman), a daredevil firefighting pilot (Richard Dreyfuss) returns to earth to help his surviving girlfriend (Holly Hunter) move on with her life. Breathtaking cinematography and exhilarating aerial choreography highlight this compelling adventure that features a special appearance by Audrey Hepburn.
© 1989 Universal Studios. All Rights Reserved. 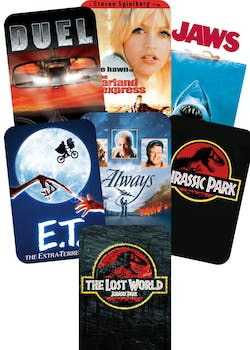