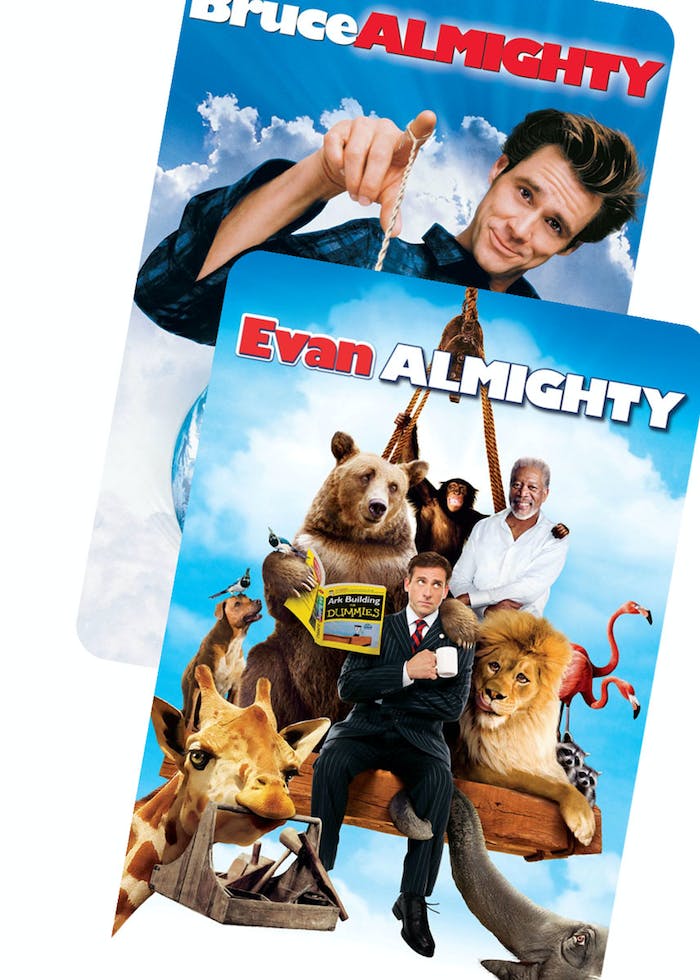 Funnymen Jim Carrey and Steve Carell each showcase their comedic skills in The Almighty Comedy Collection. It’s two times the fun in these hilarious heaven-sent hits!

Comic genius Jim Carrey stars with Jennifer Aniston and Morgan Freeman in the funniest, most outrageously entertaining comedy hit of the year that critics are applauding as "a laugh a minute" (Jim Ferguson, FOX-TV). Bruce Nolan (Carrey) is a discontented TV reporter who believes the entire universe is stacked against him. In a life-altering encounter, the Big Guy Upstairs (Freeman) endows Bruce with all of His divine powers and challenges Bruce to take on the big job to see if he can do it any better. Bruce Almighty is the wildly funny comedy featuring "Jim Carrey at his best!" (Leonard Maltin, Hot Ticket)
© 2003 Universal Studios. All Rights Reserved.

Evan Almighty is a comedy for all ages that "you don't want to miss" (Kim Griffis, NBC-TV)! Everyone's favorite funnyman Steve Carell is at his hilarious best as junior congressman, Evan Baxter, whose wish to "change the world" is heard by none other than God (Academy Award® winner Morgan Freeman). When God appears with the perplexing request to build an ark, Evan is sure he is losing it. But soon mysterious deliveries of wood and tools are being dropped on his doorstep, animals of every shape and size are flocking to him two by two, and his self-absorbed life goes from overnight success to almighty mess! It's a great time for everyone!
© 2007 Universal Studios. All Rights Reserved. 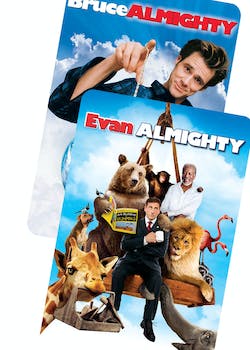